Alaska is the state that is farthest north, east, and west while Hawaii is farthest south. The reason that Alaska is farthest east and west is due to the fact that the Aleutian Islands cross the 180° meridian of longitude, placing some of the islands actually in the Eastern Hemisphere and thus degrees east of Greenwich (and the Prime Meridian). 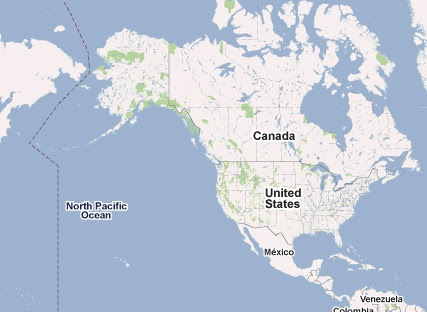 See the jagged international date line – the line darts west to accommodate Alaska, but the 180th meridian still splits up Alaska into east and west hemispheres, making it both the farthest east and west.