Grant and Lee and Slavery

Ulysses S. Grant owned a slave named William Jones, whom he freed in 1859. His wife, Julia, also owned slaves whom she inherited from her father. These slaves were freed in 1865, when the war ended. Robert E. Lee freed the slaves he inherited in 1862. (He freed them because it was stipulated in the contract when he inherited them that they must be freed within five years). But in any case, Grant's family had slaves longer than Lee's family did. 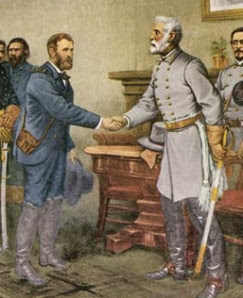